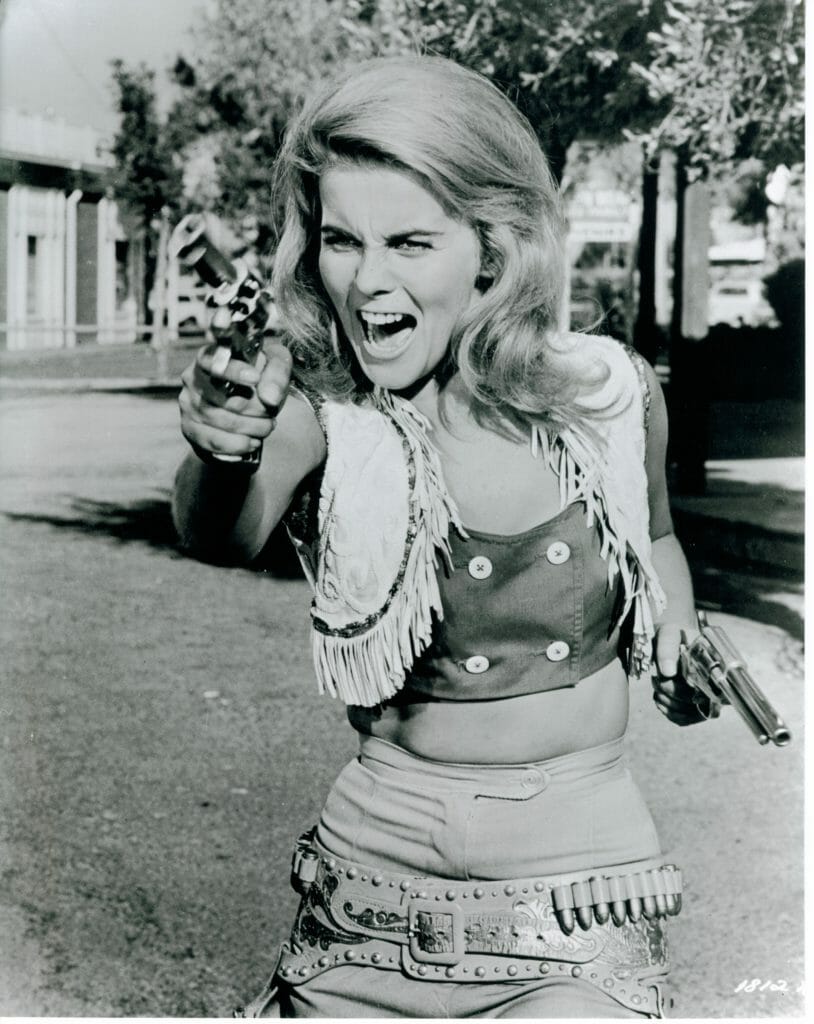 Actress and singer Ann-Margret is one of the most famous sex symbols and actresses of the 1960s and beyond. She continued her career through the following decades and into the 21st century.  She is an intelligent, powerful actress who has been in many movies featuring her character with a gun!  She has portrayed several strong and empowered heroines that went the extra mile to fight for what they wanted or believed in.   Her gun carrying characters are ones that inspire courage and confidence, and while often looked defeated, were motivated to fight harder and succeed.