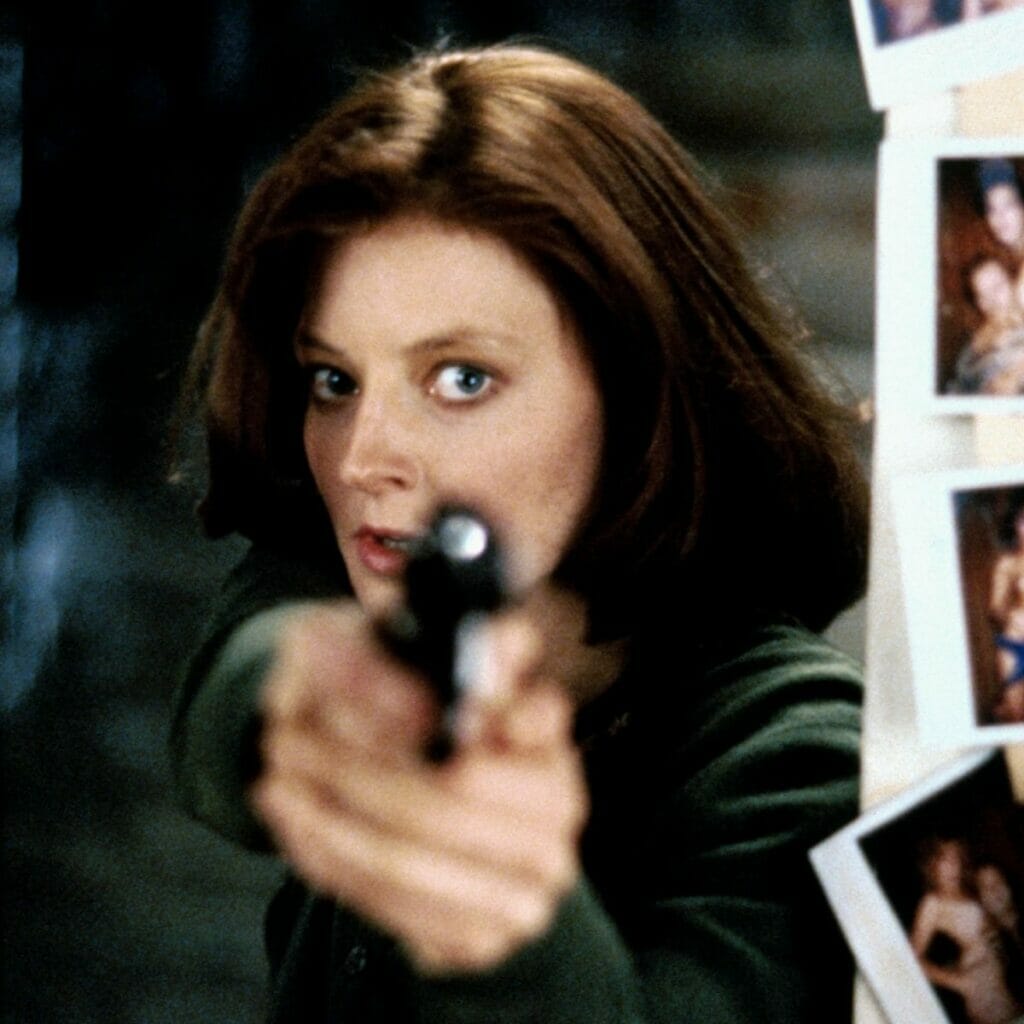 Jodie Foster is a well known actress and director. She began her professional career as a child model at age three and made her acting debut in 1968 in television. Her film breakthrough came with Scorsese's psychological thriller Taxi Driver. She is an intelligent and powerful actress who has been in many movies featuring her character with a gun!  She portrays several strong and empowered heroines that went the extra mile to fight for what they wanted or believed in.   Her gun carrying characters are ones that inspire courage and confidence, and while often looked defeated, were motivated to fight harder, and succeed.