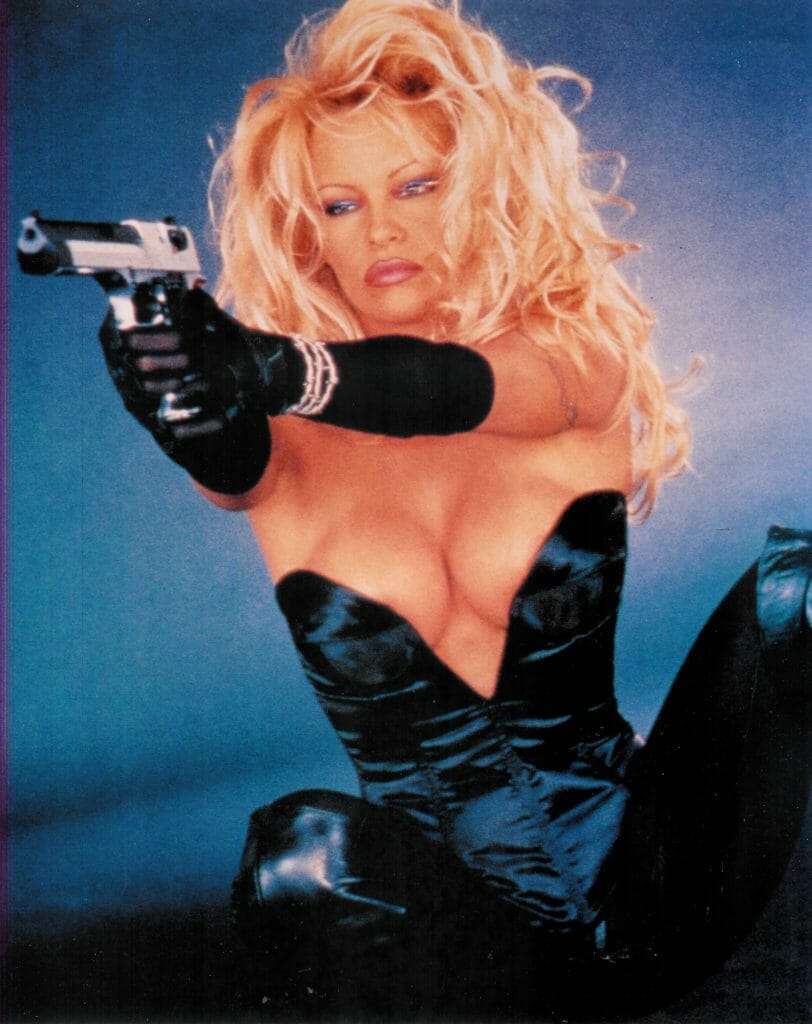 Pamela Anderson was first "discovered" at a British Columbia Lions football game, when her image was shown on the stadium screen.  The fans cheered her and she was brought down to the football field.  Because of her fame in Vancouver, she signed a commercial contract.  From there, she grew into an intelligent, powerful actress who has been in many movies featuring her character with a gun!  She portrays several strong and empowered heroines that went the extra mile to fight for what they wanted or believed in.   Her gun carrying characters are ones that inspire courage and confidence, and while often looked defeated, were motivated to fight harder, and succeed.