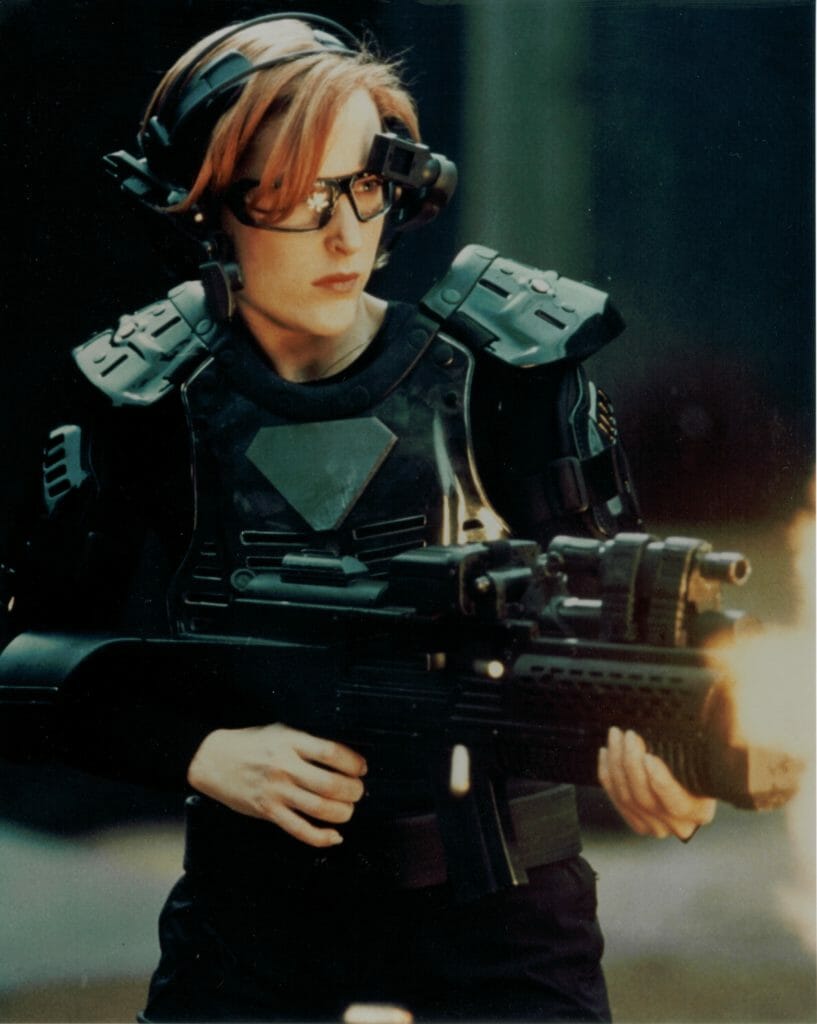 Gillian Anderson was 24 when she decided to audition for the X-Files, because, "for the first time in a long time, the script involved a strong, independent, intelligent woman as a lead character."  Likewise, Gillian is an intelligent, powerful actress who has been in many movies featuring her character with a gun!  She portrays several strong and empowered heroines that went the extra mile to fight for what they wanted or believed in.   Her gun carrying characters are ones that inspire courage and confidence, and while often looked defeated, were motivated to fight harder and succeed.